What Happened With Muv-Luv?

For the last two month, a small drama has been unfolding in the visual sphere. We haven’t covered it here because I wasn’t interested in the immediate story, but rather what was happening in the background. Now that it seems to be somewhat resolved, I’d like to talk about the Muv-Luv series and the implications of not only its past year on Steam, but also its decisions moving forward. But first, if you haven’t heard about this story, let me give you a brief overview. Then some context and then we’ll get into the major point.

So, this past January, both Muv-Luv and Muv-Luv Alternative disappeared from Steam. The stated reasons was that Ixtl reclaimed the publication rights from their partner Degica Games and because of that they were forced to remove the game from Steam. Degica Games was responsible for the Muv-Luv kickstarter campaign three years ago that netted the company $1.2 Million: making it one of the most successful crowdfunding campaigns for a video game overall and the most successful visual novel campaign to date. Before the changing of the guard, Degica was able to meet its original objectives and both titles made their way to Steam, despite a few bumps in the road. From all reports, the only thing that remained was to complete the production and distribution of the Kickstarter rewards

After some backroom wrangling, Ixtl made a deal with Sekai Project to bring the project back to Steam. The company is now moving forward to complete the remaining Kickstarter objectives and all is well that ends well, right? Well, no; not really. There is something at the core here that is being ignored in the name of appeasing fandoms and gamers alike and that is the actual business dealings that led to the current state of affairs. For that, you have to understand that Ixtl are not the direct developers of Muv-Luv: the company Age-Soft is. Ixtl was formed by Age to manage the distribution and intellectual property rights of their creations. It’s not that much of an odd move, but it does make Ixtl key in any business decisions that Age-Soft made: especially when it came to the wider Muv-Luv franchise.

In July 2017, Ixtl was bought out by the Japanese media conglomerate Avex Group: specifically their subsidiary Avex Pictures. The move was a part of a new strategy from Avex to extend their business into gaming as a whole. Considering the success of Muv-Luv in Japan as a multimedia franchise, it’s absolutely understandable. You can read more about the deal here, but what is important to note here is that change of ownership and what the parties involved apparently want us to believe.

Reading the news reports and comments from backers and other interested parties, here is how I’m analyzing the situation. Degica gave back full distribution rights to Ixtl under the premise that Ixtl will finish the job, only for Ixtl to seek out another international distributor to handle the relaunch. That is an odd rationalization; even more so on the fact that it hinges on the first part of that sentence – Degica gave back. Now, I won’t claim to be that much of an otaku…or even an otaku…or even the biggest video game fan on the face of the planet. However, I am a student of business and finance and my studies tell me that nobody just ‘gives back’ anything. They had a wildly successful Kickstarter, were presumably getting a decent cut of the profits from the digital sales on Steam and more than likely had a decent deal from the physical items as well to reproduce similar merchandise once the Kickstarter backers got their rewards. Unless Degica Games wildly mismanaged their expenses (at which point this wouldn’t be a discussion, because they’d be out of business), this was set to be one of their more profitable ventures.

And yet they gave it up? Because Ixtl told them to? Sorry, not likely.

‘But JP! Degica only had the rights to publish Muv-Luv on Steam for a limited amount of time!’

So, you’re telling me that a Japanese distributor undertook localizing to the West one of the most popular visual novels ever made, but only for two years? I’m not saying it isn’t possible. I’d just refer you back to my previous point. If Degica was this incompetent, they’d already be out of business. Without any evidence, I can only speculate, but even a brain-dead CEO would insist on perpetuity (rights without a set end date) on the physical goods their company was producing. They literally handed over the entire operation to Ixtl because, what? They were just so happy to be there? Their fandom of Muv-Luv overrode common sense and due corporate diligence?

No. Sorry, but any corporation in their right mind doesn’t give away anything. They sell. And that brings us to the big issue with what’s going on with the Muv-Luv Kickstarter because, until I get some proper evidence from the parties involved, I have to hypothesize that Degica sold the Kickstarter campaign. This would allow them to hold all the domestic and international distribution rights for not only the games, but also presumably any merchandise born from Kickstarter’s physical rewards. It’s in their best interest as a company to make the deal they probably made with Degica. The question is, what exactly was sold?

See, here’s the thing. If I am right (which is, admittedly still at a ‘maybe’), then the entire campaign was bought from Degica. That doesn’t just include the publication rights to the Muv-Luv series and various rewards and promises. It also includes information: specifically the personal information of the nearly eight thousand backers who  donated the $1.2 million to make this thing happen in the first place. It would have had to have been a part of the sale for the sale to even make sense. The reasoning for it may well be benign, but it doesn’t change the fact that it was presumably sold.

‘So what JP? I don’t mind if Ixtl has my information if they’re going to get me what I donate to the Kickstarter for!’

Ixtl doesn’t have your information.

Ixtl was bought out remember? The parent company of Ixtl would be the one to approve any deal Ixtl made and oversee the final pieces of the campaign: allowing them access to the newly acquired personal information connected to it. The Avex Group has your information: a company that had no dealings at all with anyone involved with the Kickstarter until right now. 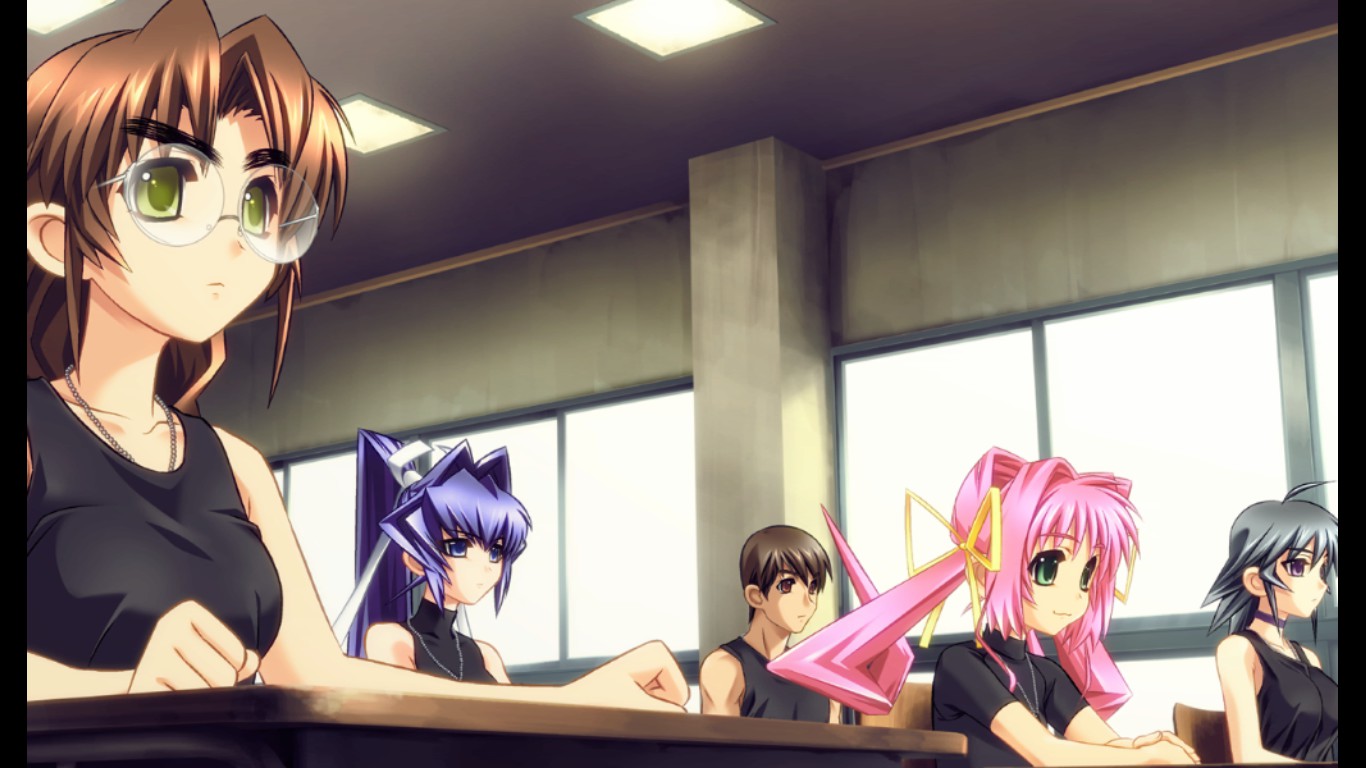 Am I saying any of this is illegal? No. The law has been slow to adapt to the growth of the Internet and crowdfunding in particular. In fact, the legal lines and regulations are being drawn right now. Ultimately, I’m not here to try and prove Ixtl, Degica, or Avex has committed any criminal acts or are libel to civil action. I’m just trying to figure out the answer to four sub-questions and one very big question that will require the Kickstarter Corporations input and potential redress. The big question here is simple enough; ‘Can a Kickstarter campaign be sold (or given away) to a third party?’ The reasons for such a transaction are irrelevant. The question is simply can the transaction even occur in the first place. The four sub-questions are as follows:

This is where the speculation ends and the hard work begins. We’ll be following up with all involved parties to see if we can get some clear answers and I think clear answers are more than warranted here. A million dollar crowdfunding campaign potentially sold off to a group who not only took the products of that campaign, but also the information of its supporters? A group that is now owned by a third-party? That deserves scrutiny and I hope to get some clear answers in the days and weeks ahead. Until then – JP3: OUT.